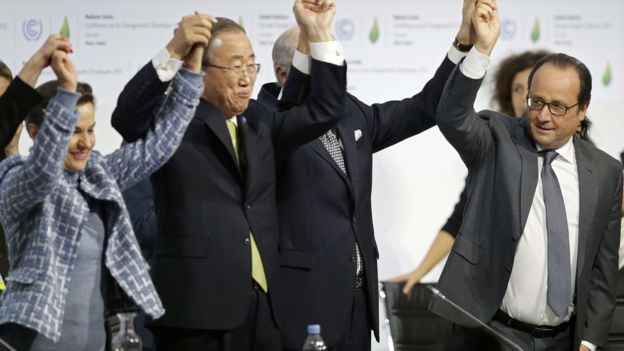 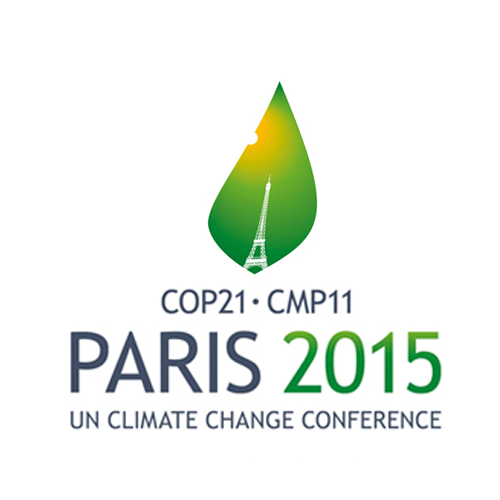 In December 2015, during the Paris Climate Convention (COP 21), the Government of Mato Grosso launched the Produce, Conserve and Include (PCI – Produzir, Conservar, Incluir) Strategy.

The PCI was designed in partnership between the government and institutions from different sectors of society.

The PCI is a landmark in the state’s sustainable development agenda and its vision for Mato Grosso is to achieve social and economic development through sustainable land use. 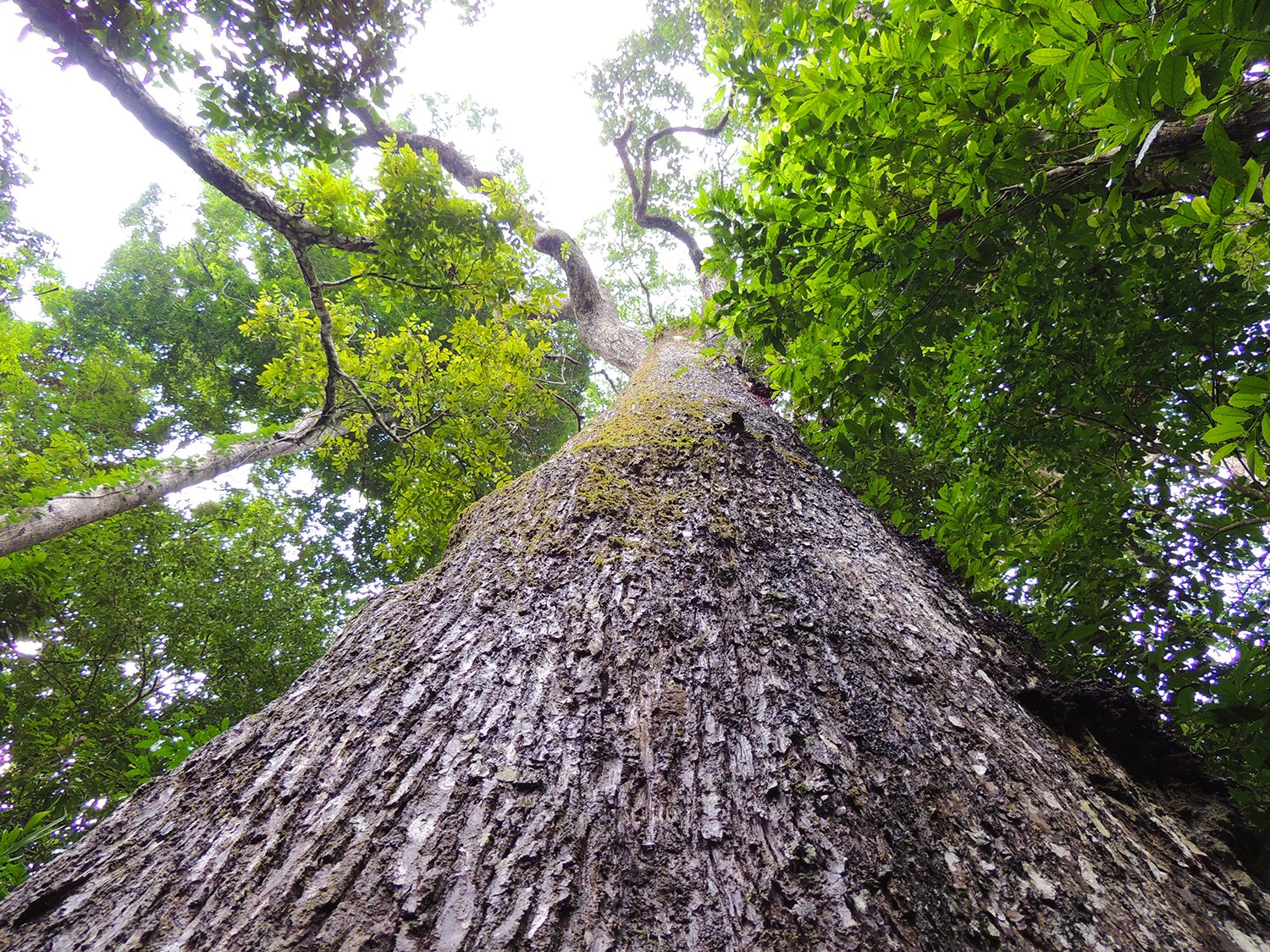 If achieved, the goals represent:

This vision is embodied in a broad plan that includes goals in its three pillars and built through a participatory process integrating the agendas of actors from the public and private sectors and civil society.
The PCI integrates existing policies and builds upon previous efforts to reduce deforestation, expand compliance with the Brazilian National Forest Code, fulfill sustainability commitments in supply chains, create opportunities around REDD+ and promote economic development and social inclusion for small indigenous and traditional farmers and communities.
PCI's goals directly contribute to the Brazilian NDC under the Paris Agreement and to the United Nations Sustainable Development Goals - SDGs.

The PCI and the PCI Institute

Starting in 2019, the PCI Strategy will be implemented in partnership with Instituto PCI. 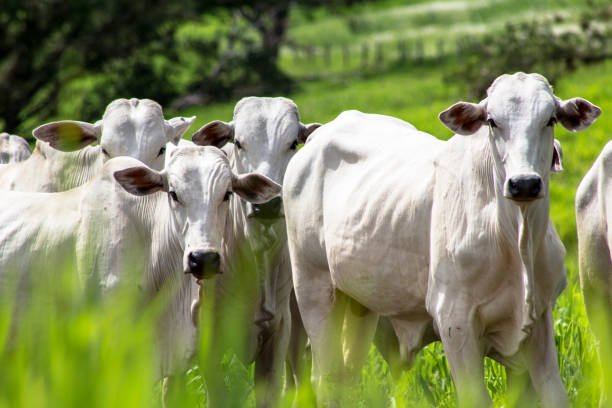 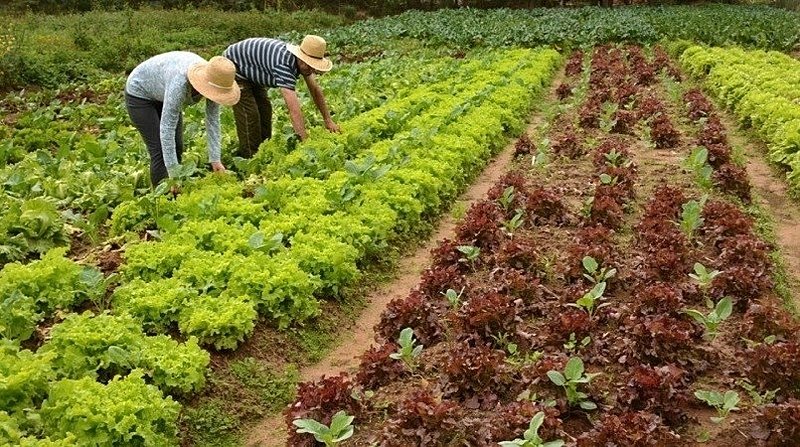 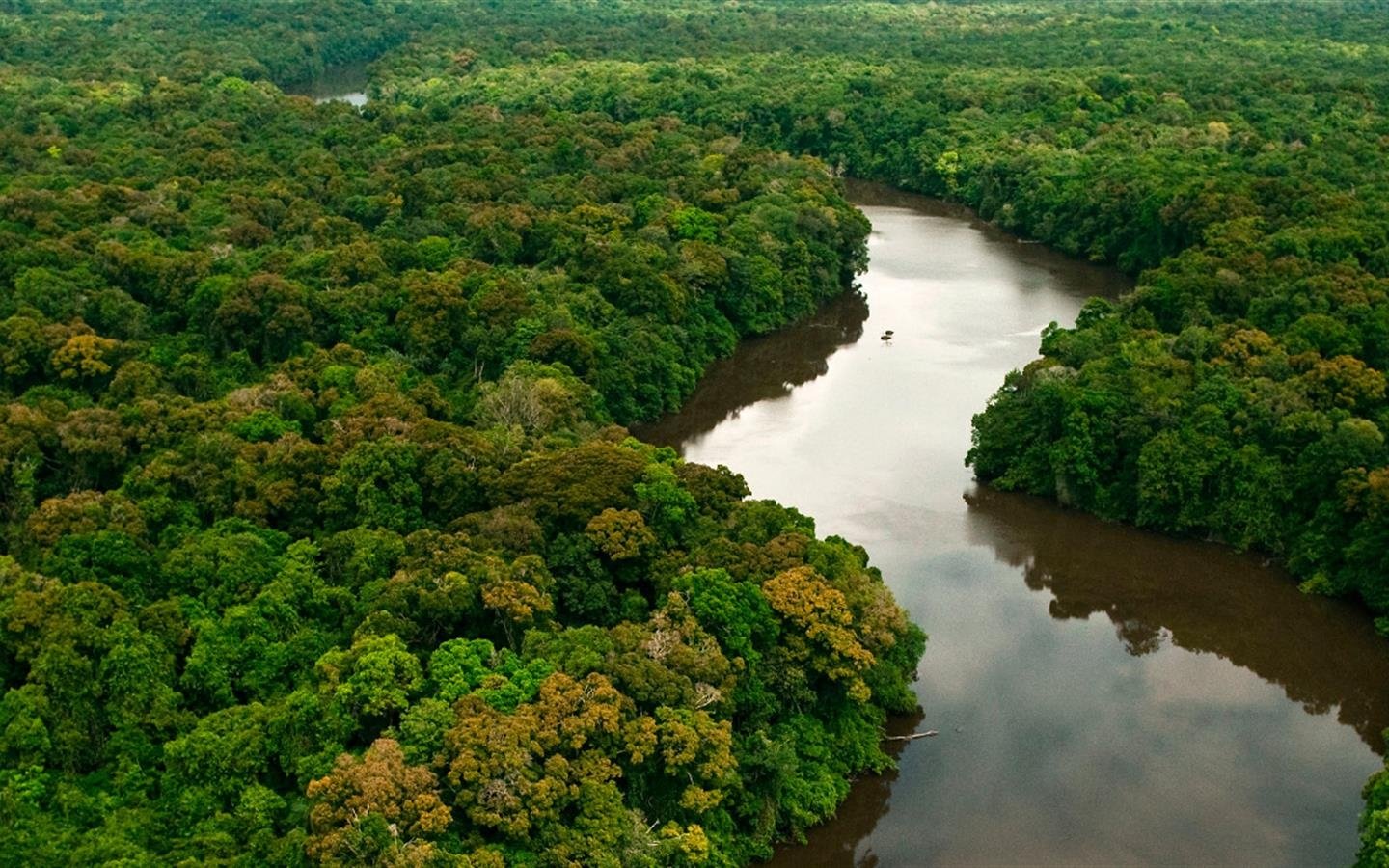 Produce
Expansion and increase in the efficiency of agricultural and forestry production.

Conserve
Conservation of native vegetation and restoration of liabilities.

Include
Socioeconomic inclusion of family farming and traditional populations

In 2016, most efforts employed in the PCI were directed to its institutional structure. In March, state decree no. 468/2016 institutionalized the Strategy within the scope of the state government and created the main scope of its governance system. The State Committee for the Produce, Conserve and Include Strategy (CEEPCI) was created as a collegiate body formed by entities from the public and private sectors, associations and socio-environmental organizations.
CEEPCI's objective is to be an integration platform for actors and agendas with actions converging towards the Strategy’s goals. Within the scope of the committee, decisions are preferably made by consensus, however, when this is not possible, the vote is carried out through the blocks, allowing for the inclusion of new members who can contribute, without creating an imbalance between the number of institutions. The CEEPCI’s capacities are related to the approval of the action planning for the PCI’s three pillars (Produce, Conserve and Include); the monitoring of the implementation and fulfillment of the PCI’s goals, and the definition of the governance structure and fundraising mechanisms.

Between 2017 and 2018, CEEPCI also advanced in a strategic planning process, mapping more than 200 initiatives in the state of Mato Grosso related to the PCI Strategy, and indicating priority actions for the advancement of the goals in 5 key cross-cutting themes:
1. Financing mechanisms,
2. Environmental regularization,
3. Land tenure regularization,
4. Markets and
5. Dissemination of technology and good practices.
A Monitoring Committee was established, which designed indicators for the goals, and a monitoring platform was created.
A Communication, Value and Engagement Committee was also established, creating a portfolio of financeable projects and launching a PCI Corporate Action Group with the objective of engaging the private sector in actions in the area.
During this period, the PCI is also connected to areas and municipalities in the state through regional Compacts formed in partnership with the Sustainable Trade Initiative - IDH.
The state of Mato Grosso is also advancing in establishing strategic partnerships and investments for the implementation of the goals, among which, the state’s MoU with the IDH, the REM Program financed by KFW of Germany and co-financed by the British government, the PAGE partnership for the green economy with the United Nations and the World Bank, among other partnerships and private investments.

The state of Mato Grosso’s new administration determines that the PCI Strategy (Produce, Conserve and Include) will be implemented in partnership with a private entity called the PCI Institute (Instituto PCI).
1. Structuring the PCI Institute;
2. Monitoring;
3. Investments;
4. Regionalization;
5. Communication. 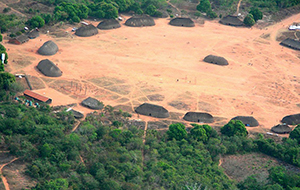 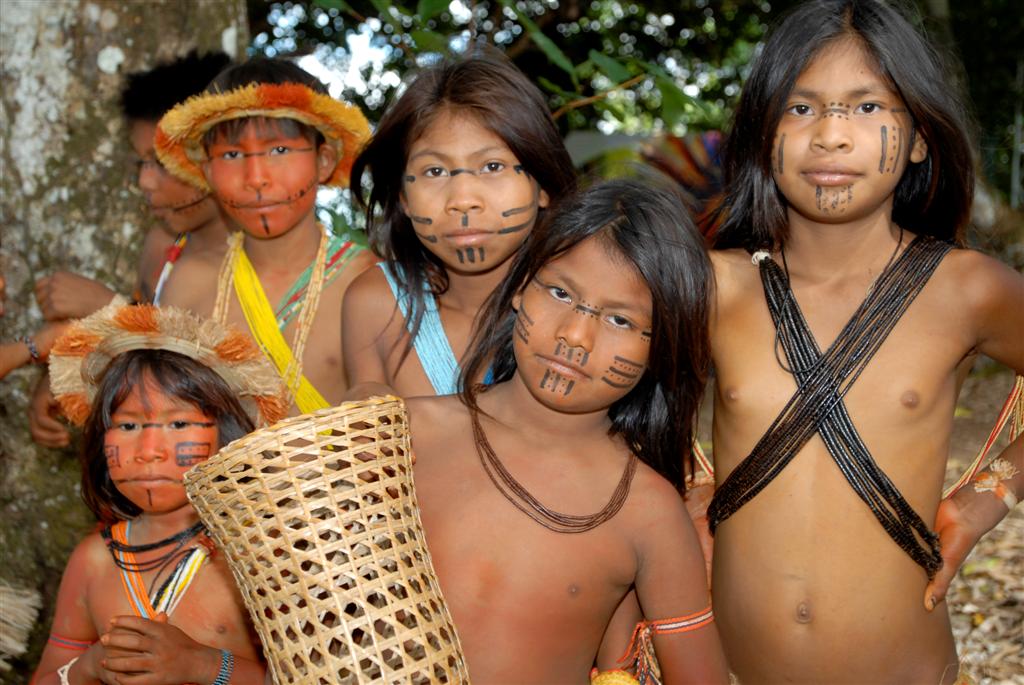 1 - Today in Mato Grosso there are 43 indigenous peoples, who speak 35 different languages, in addition to about 9 isolated tribes. According to FUNAI, these peoples lives in 87 Indigenous Lands (TIs), among which 72 have formal legal recognition and 15 are still being studied. These Indigenous Lands lays around 16% of the state's area, protecting a cultural and biological diversity, in addition to large stocks of carbon and other social and environmental services, though these territories have little significant percentage of deforestation.
2- When PCI Strategy was launched in 2015, the importance of indigenous territories for the achievement of the State's conservation goals was notorius, as well as the need for social and productive inclusion of the indigenous peoples of the State. But it was also known that it would not be possible to establish specific goals within the Strategy without the participation and protagonism of the indigenous peoples themselves in the process.
3 - After the creation of a Federation of Indigenous Peoples and Organizations of Mato Grosso (FEPOIMT), it starts to lead in the dialogue with the PCI and other public policies in Mato Grosso.
4- In 2017 FEPOIMT takes part of the State Committee for the PCI Strategy - CEEPCI. At the same time, within the scope of the REDD for Early Movers Program - REM-MT, it starts with technical and facilitation support from the Centro de Vida Institute (ICV) and from Deutsche Gesellschaft für Internationale Zusammenarbeit (GIZ) GmbH, which offered financial and technical support, carrying out the participatory construction process and consulting the REM Indigenous Territories subprogram.
5 - The general goal of the Indigenous Territories Subprogram is to guarantee structure for the resources of the Mato Grosso REM Program to integrate, articulate and strengthen the contributions of Indigenous peoples for mitigating and adapting to climate change based on their traditional knowledge systems and self-sustainable management of natural resources, promoting the strengthening of indigenous institutions and organizations in their different activities and in accordance with the realities and cultural, social environmental, territorial and economic diversity of each people, avoiding the adverse effects on this implementation.
6 - After a first phase training multipliers in 2017, eight Information and Construction Workshops of the Mato Grosso REM Indigenous Territories Subprogram are carried out in 2018, involving 42 indigenous peoples of Mato Grosso and more than 1,300 participants, for the participatory construction of Priority Themes.
7 - In 2019, Mato Grosso, through a technical partnership between SEMA's Climate Change and REDD+ Coordination (CMCR) and ICV started the project Valuing the Forests of Mato Grosso, within the scope of the financing provided by an agreement between the Government of Norway and the Governor's Climate and Forest Task Force - GCF, with UNDP management and implementation.
8 - The project attends, directly, the priorities defined by the state and is part of the efforts related to the PCI Strategy and the REM Program.
9 - As part of the project, a social productive diagnosis of Indigenous Territories in the State was carried out for the first time.
10 - Based on the advances in governance and the definition of priorities achieved under the REM Program, as well as the diagnosis made within Valuing the Forests of Mato Grosso project, the PCI Institute, in its Action Plan 2021, intends to build jointly with Fepoimt and partners ways to improve indigenous participation in its governance and establishing joint priorities.

For stakeholders who share the rural landscape of the state of Mato Grosso and its governance, the PCI Strategy can offer a wide range of opportunities that constitute its added value, such as: 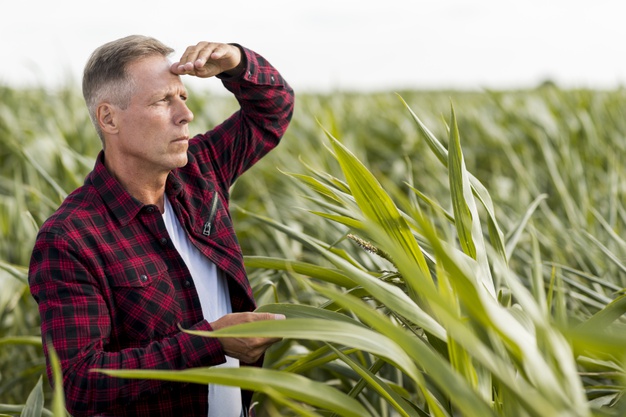 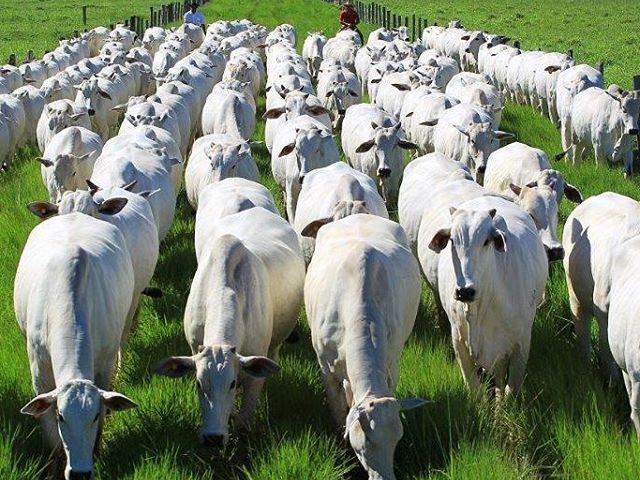 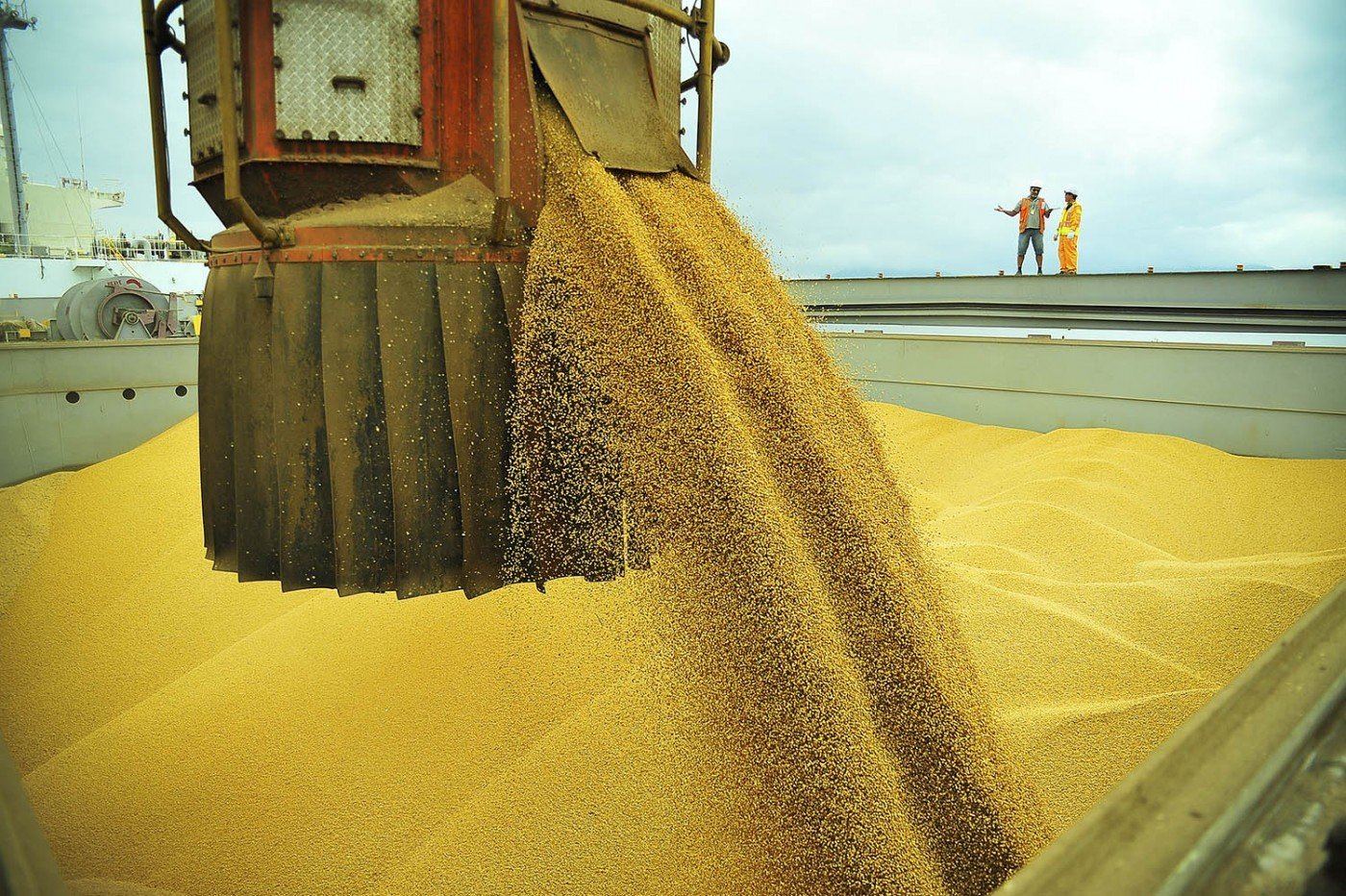 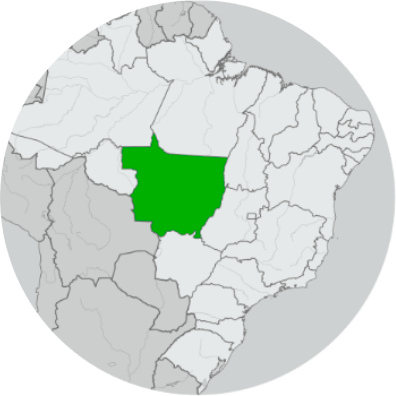 Expansion and increase in the efficiency of agricultural and forestry production 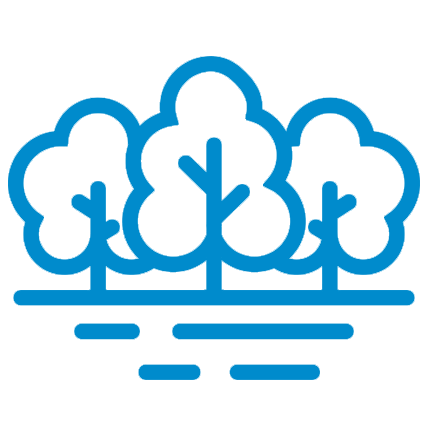 Conservation of native vegetation and restoration of liabilities 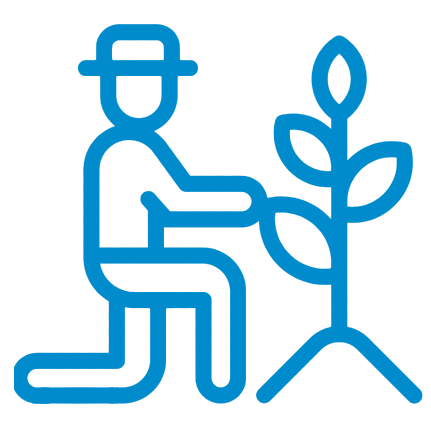